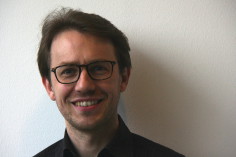 Daniel Bell was born in Nottingham in 1976 and grew up in Edinburgh. He began learning the violin at the age of four, and later studied at Chetham's School of Music in Manchester, and in the USA at the Curtis Institute of Music and the Cleveland Institute of Music, where he graduated with Academic Honours. His teachers have included Donald Weilerstein, founding first violinist of the Cleveland Quartet, and Michel Schwalbé, former concertmaster of the Berlin Philharmonic.

Resident in Berlin from 2000 to 2013, Daniel Bell has become one of the most versatile chamber musicians of his generation. From 2000 to 2008 he was a member of the internationally celebrated Petersen Quartet, with regular concerts in the world's musical capitals, and an extensive discography with prizes such as the Echo-Klassik and the Preis der Deutschen Schallplattenkritik. In 2008 he was on the string quartet jury for the prestigious international ARD music competition in Munich. From 2011 to 2016 he was a member of the renowned Henschel Quartet in Munich, with concert appearances in musical centres throughout Europe, America, and Japan.

His professional orchestral career began with the Academy of St Martin in the Fields, and continued as a member of the Berlin Philharmonic. In 2013 he was appointed 1st Concertmaster of the Essener Philharmoniker, and is in frequent demand as guest concertmaster with eminent orchestras in Germany and the UK.